In the last post, we talked about the Picts and asked if Vikings had tattoos and, if they did, what did they look like? But tattooing history in Scotland, of course, also has a more modern chapter. About the same time as Sutherland Macdonald was setting up shop in London’s West End to tattoo the fashion-forward gentry of the time, Prince Vallar, aged just 16, opened a tattoo shop at 31 The Vennel in Greenock, a busy port town on the west coast of Scotland, not far from Glasgow.

An Irishman made Scottish tattoo history 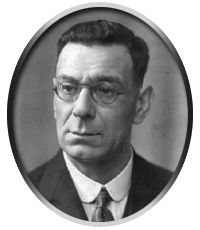 Prince Vallar was Irish and arrived from Belfast. He had been apprenticing with a tattoo artist called Professor Joe Kilbride after the latter placed an advertisement in The Belfast Telegraph.

However, Kilbride, who was himself from Bradford, England, decided to return home after two years of training Vallar. Thus, the young lad decided to try his luck in a different part of the land across the sea.

After a year in Greenock, Prince Vallar took to the road, travelling with various sideshow circuses, in need of tattooists to lure crowds. As there was not exactly an abundance of artists, the pay was often quite lucrative, and Vallar began travelling between Edinburgh and Glasgow. He later began ‘performing’ during the summers at The Marine Gardens in Edinburgh, Scotland’s largest entertainment attraction when it opened in May of 1909.

After a brief reconnaissance excursion to the United States in 1912, Vallar came back to Scotland and opened a series of shops in Falkirk and Edinburgh before returning to Glasgow. However, there are no records of where he practised his art for the fifteen years following his service in World War I.

Meanwhile, in 1935, he opened a tattoo shop at 404 Argyle Street, close to the docks and shipyards. There he stayed for 12 years until his death in 1947, having first experienced a boom in the tattooing trade brought on by soldiers serving in World War II.

One of his sons, Robert Vallar, learned the trade from his father and kept running the shop for many years after his death. However, once he left in 1965, two artists from Blackpool, England, saw their chance at taking the Glasgow tattooing scene by storm.

The era of Terry Wrigley and the move uptown

Terry Wrigley and Jimmy Gould set up shop in one of the roughest parts of Glasgow. Whereas Vallar had worked with single needles and fine lines designs drawn by hand straight onto the skin, Wrigley and Gould worked with bolder, heavier outlines and solid colours. However, Jimmy Gould soon left Glasgow, deeming the city too rough for his liking. Meanwhile, Terry Wrigley found himself at home and was to shape tattooing in Scotland over the following thirty years.

When the shop in what was called ‘Gallowgate’ had to close due to an overhaul of the neighbourhood in 1985, Wrigley moved to the more upmarket district of Trongate. The new establishment was much bigger and more professional looking than his previous digs. The new location played a big part in popularising tattooing with a more mainstream Glaswegian crowd, and many a local and passersby still have tattoos made by Wrigley.